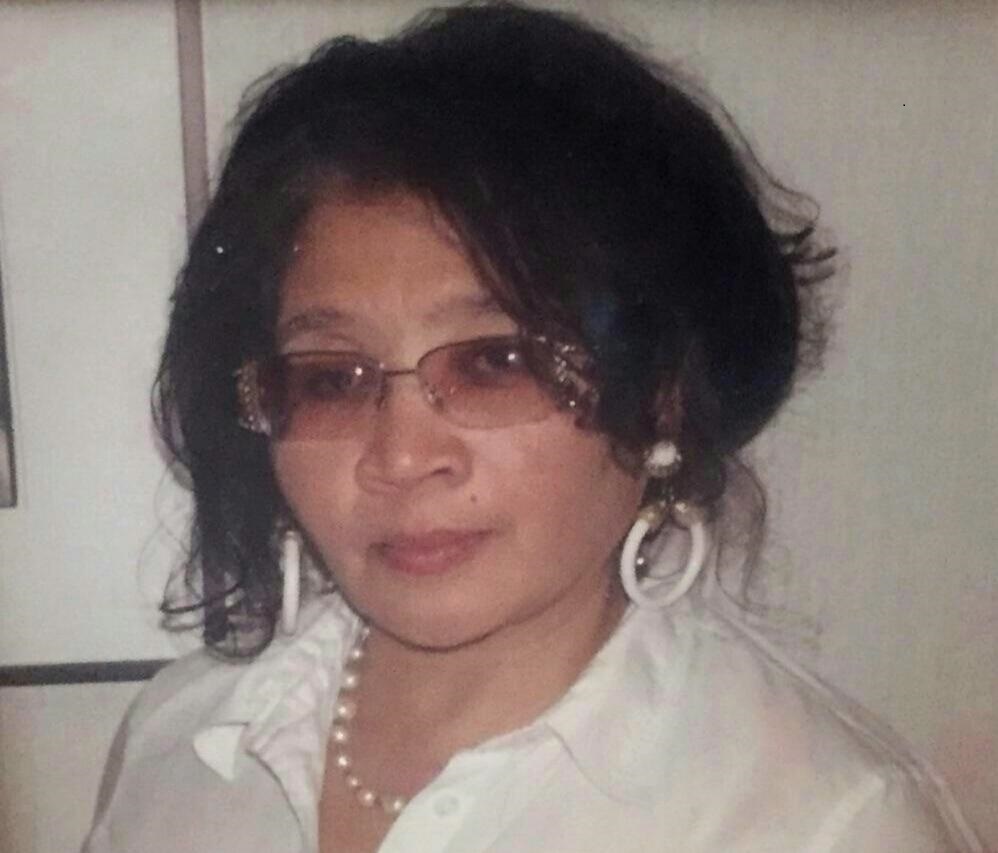 Carolyn was a Long Term Rehabilitation Facilities patient for 3 years and 6 months until she passed.

Proverbs 18:22; Whoso findeth a wife findeth a good thing, and obtaineth favour of the LORD.

Carolyn Laverne Ruffin was a loving wife of her Husband for 41 years, mother of two Daughters and one Son, Grandmother of eight grandchildren. We’ve had been together for over 44 years, married on February 1, 1977.

After being diagnosed with Leukemia in 1999, she was given two years to live by the Physicians, However we decided to talk to the Great Physician LORD GOD ALMIGHTY. (GOD answers prayers.)

You didn’t know of her illness by the way she carried herself, she went on just like as if nothing was wrong. Until May 2014 when she came before the Church Family requesting prayer for surgery to remove a brain tumor. Which was a successful operation in September 2014.

Carolyn fell on her head, in a Rehabilitation facility in November 2014. She never really recovered totally after that. I told her I would never leave you alone at night again, and I slept in each and every facility that she was a patient in, for three years six months and five days until the LORD GOD called her home on May 5, 2018.

During the 3 years and 6 months we experienced that some Nurses/Nurse Aids were responsible for as many as 20-25 patients during their shift. We saw the stress, fatigue, nervousness, among other issues from those that were very caring for their profession. However we also experienced the negative individuals that had a do not care attitude.

One night around 3:30 am I asked the LORD why we are going through these trials and tribulations, what is the purpose? However, Ephesians 3:13; wherefore I desire that ye faint not at my tribulations for you, which is your glory.

Because of this experience I promised my wife and those individuals that were very serious and caring for their profession that I would do whatever I can to help them moving forward.

Carolyn’s Law, Inc. was established to become an advocate to devote a substantial part of its activities for lobbying purposes (including the publishing or distribution of statements) or otherwise attempting to participate in, or influence legislation. The Corporation may participate or intervene in (including the publishing or distribution of statements) any political or judicial campaign on behalf of any candidate for public office only to an insubstantial degree.

I knew when I met Carolyn my search was over, she had a beautiful personality and a gorgeous physique. I shared my story with my son and daughters of how as a child I kept having this dream about a woman whom never would let me see her face, but I knew she was beautiful. However that story is for another time.

We had good times together she saw things that I paid no attention to, for example: She wanted to go to Niagara Falls in the winter on our anniversary; I was like its cold out there in February. February 1 was our anniversary day.

We went; with me complaining all the way, until we got settled into the hotel and went out that night, boy what a beautiful sight to see, of the ice crystal’s and the scenery. You need to try that sometime.

Our house was the house that all the kids loved to come too; she would feed them hot dogs, bake cookies, and tell them that if you do well in school, you can have some more next time.

I would ask her to prepare refreshments for the office meetings; and when I arrived there, she would have prepared a feast as if it was Thanksgiving Day.

COLUMBUS – The Ohio Attorney General’s Office on June 30, 2021 certified a revised petition for a proposed amendment to the Ohio Constitution that would require nursing facilities to provide certain staff-to-patient ratios and minimum daily amounts of direct care to patients.

On June 23, the Attorney General’s Office received the summary language for the “Nursing Facility Patients’ Bill of Rights.” The proposed amendment would also be known as “Carolyn’s Law” and require the Ohio Department of Health and the Ohio Board of Nursing to establish regulations that set minimum staffing levels for nurses and certified nursing assistants at nursing, skilled-nursing and rehabilitation facilities.

A previous version of the petition was rejected on Dec. 5, 2019.

The attorney general’s role in the petition process is to determine whether the summary is a fair and truthful representation of the proposed law. The revised petition meets that requirement.

If sufficient signatures are verified by the Ohio Secretary of State at least 65 days before the election, the full text of the proposed amendment shall be submitted for the approval or rejection of the electors at the next succeeding regular or general election in any year occurring subsequent to 125 days after the filing of such petition.

The full text of the certification letter and the petition can be found at www.OhioAttorneyGeneral.gov/Petitions.

COLUMBUS (WCMH) – A proposed constitutional amendment passed its latest hurdle at the Ohio Statehouse Monday. With a unanimous vote, the Ohio Ballot Board certified the “Ohio Nursing Facility Patients’ Bill of Rights” as a single measure.

The proposal, also known as “Carolyn’s Law,” is named for Carolyn L. Ruffin, an Ohio woman who died in 2018 after several years in several long term rehabilitation facilities. Monday, the attorney for Jesse J. Ruffin, Jr., Carolyn Ruffin’s husband, submitted testimony to the Ballot Board.

“He made a vow to her that he would stay at her hospital bed every night for the rest of her life… which he did for 3 and a half years,” attorney Corey Colombo told Board members.

Ruffin, Jr. blames his wife’s declining quality of life and eventual death on staffing regulations at her facility. He claims nurses were routinely overseeing several dozen patients each and had limited time to dedicate to individual patient needs and care.

The proposed constitutional amendment would require the Ohio Department of Health and the Ohio Board of Nursing to establish new regulations, including a higher staff-to-patient ratio and minimum daily hours of direct care for patients in nursing homes or rehabilitation clinics.

“It’s a pro-nurse, pro-patient type of proposal that we hope the voters get a chance to weigh in on,” said attorney Corey Colombo.

Ohio Secretary of State Frank LaRose explained the Ballot Board was not voting on the merit of the proposal on Monday. Board members had to determine whether the proposal contained a single law or multiple laws. They unanimously agreed to certify it as a single measure.

Next, supporters of the proposal will need to gather enough signatures to put the measure on the statewide ballot. The Ballot Board will then need to certify the signatures and the language of the proposed amendment before it’s put before voters.

The deadline to add new measures to the 2021 statewide ballot has passed. “Carolyn’s Law” will need certification from the Ballot Board at least 65 days before an election for it to be included on a ballot. 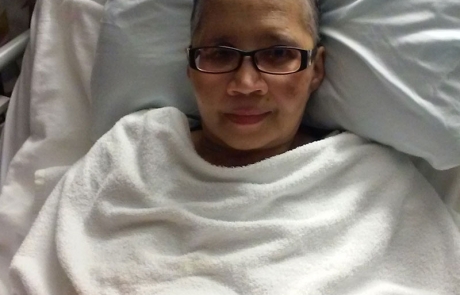 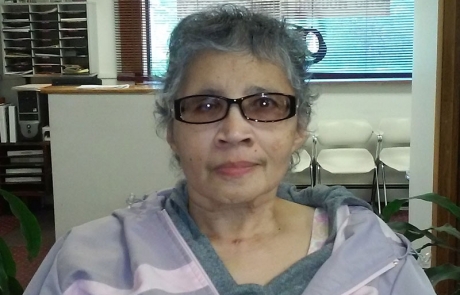 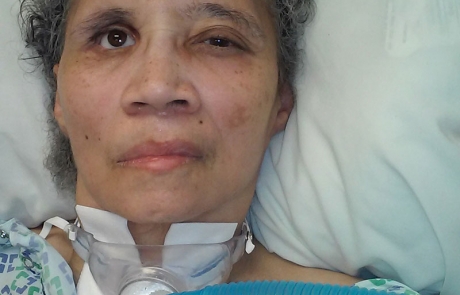 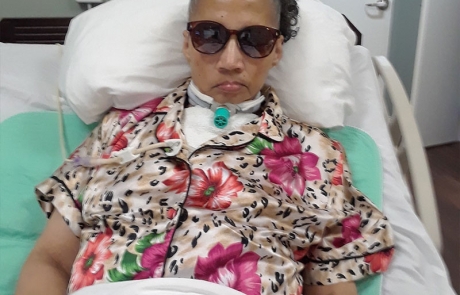 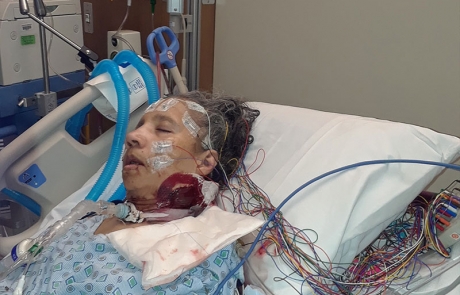 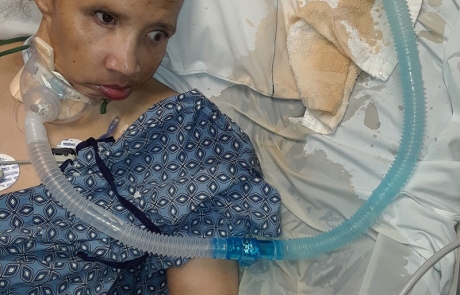